The order, which was supported with federal, state, and local funding, is part a fleet revitalization effort initiated by SEAT in 2017.

“We are proud to have supported Southeast Area Transit District in its revitalization initiative,” said Wayne Joseph, President, New Flyer of America. “As the district plans for future growth, New Flyer will continue providing safe, effective, and outstanding public transportation to help enhance the quality of life in Southeastern Connecticut.” 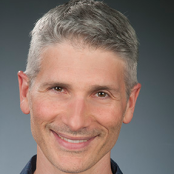 Please see the below images documenting the 2021 STIP & PIP information.

The Southeast Area Transit District, Preston, Connecticut is seeking a firm or firms to manage the sale and...

SEAT is pleased to announce the arrival of five (5) new 35’ Gillig transit buses. These buses are clean-die...